When double-clicking on custom user control code, Visual Studio may open a window with the message, “To add components to your class, drag them from the Toolbox and use the Properties window to set their properties. To create methods and events for your class, click here to switch to code view.” 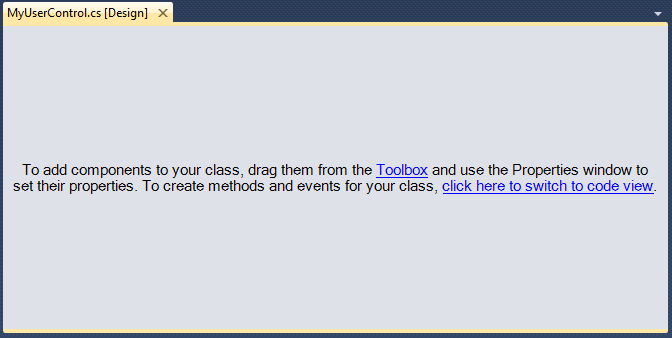 To go to code view, you either have to:

Instead, you can change the default behaviour of opening a user control to go straight to code view by applying the DesignerCategory Attribute to your custom user control class, e.g.

This post describes a method for creating a mutable and immutable version of the same class. At a first glance, there may seem to be two obvious ways to approach this problem; either: 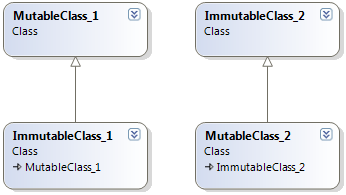 To help decide which may be the best design, we can refer back to the principles of object-oriented design. The Liskov Substitution Principle states that subtypes must be substitutable for their base types.

Don’t inherit unless you really are (and can be treated in all respects) like what you derive from.

Keeping this in mind, we can see that solution one would violate this principle. You can not treat an Immutable object as a Mutable object. i.e. you would not want a user to be able to cast an immutable object, to it’s parents-type, so that the user could then mutate that object.

A simple implementation of solution two is shown below.

You can customize the Assigned To field on a Visual Studio’s work item type to limit the values for the field to individuals who work on your team. 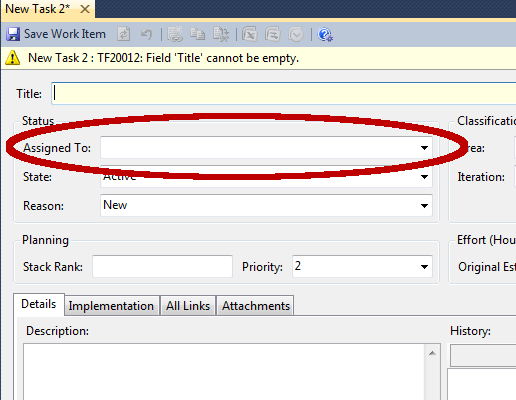 Customizing the Assigned To Field

OUCH! There’s got to be an easier way! Well there is …

You can avoid the mouse dance, by performing a “Compare with Latest Version” by either:

You can also change the default behaviour of double-clicking a file to be Compare rather than View. To do this, just update the registry setting:

In Visual Studio, the default check-in action is resolve, e.g.

This may be an issue as once a task has been implemented, a developer may wish to pass this task to another developer for code review prior to resolving the issue. Instead, when the code is checked-in, we want to associate the code with the task rather than resolve the task.

You can modify this behaviour by changing a registry setting. Change the following key’s value to False.